Gede "wasimu" living in a bottle 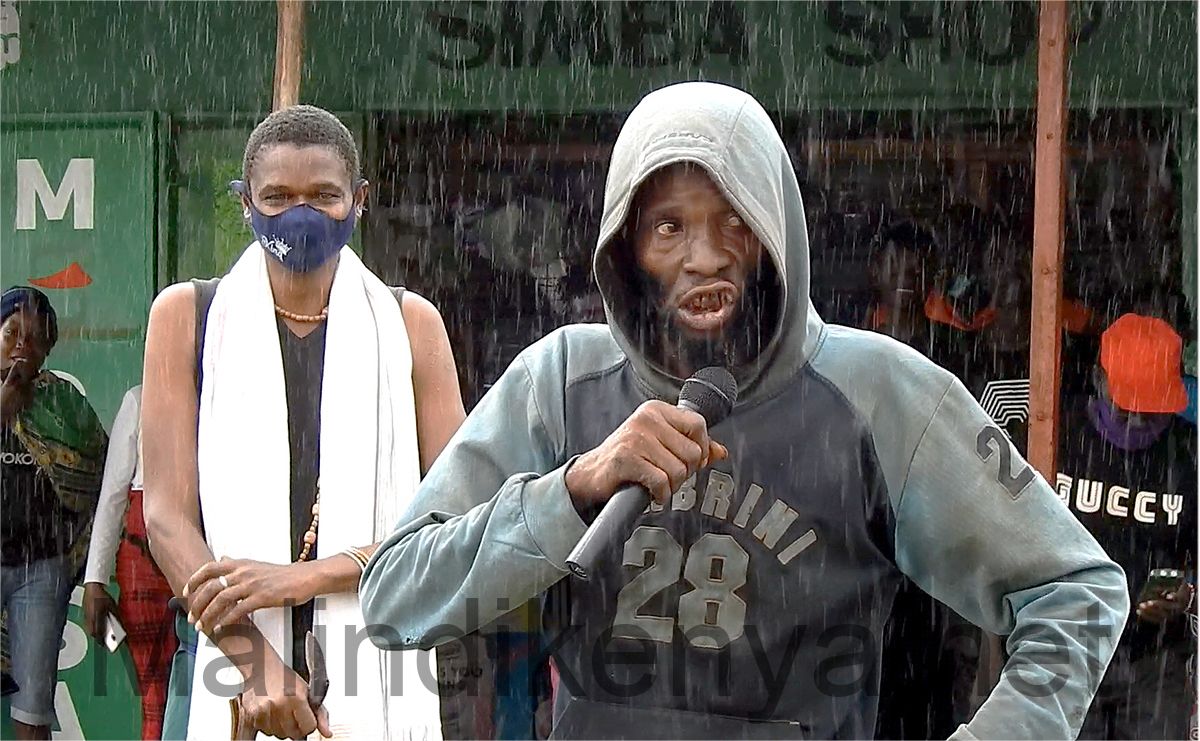 It rains in the wet in Gede, away from the ruins visited by tourists (when there are any) and on the busy road to Mombasa.
Other than salty tamarisks and burnt with D'Annunzio's memory, here the wind triggers a blizzard that is anything but romantic and lowers the temperature and penetrates the bones with its wetness of the season. Light vestiges here are the rule. Some people can afford a felted acrylic sweater, a patched jacket or, at worst, two layers of t-shirts and a fake flannel shirt.
Attracted not too mysteriously by songs written especially for their salvation, come the protagonists of our travelling carriage.
There are two madmen. The first has a hoodie.
The other, whose paturnies are less obvious, wears a green eskimo as a Yugoslav Communist Party militant in the 1970s.
The hooded man comes towards me, heedless of the storm.
He's learned from someone who says goodbye with his elbow and enjoys it.
One salute, one more.
He smiles and shows a few teeth, but in return they are all decayed.
Yet there is something very alive in him, even intelligent.
He looks like an American coloured, from a Spike Lee movie or a Gil Scott Heron song, when he told about the man who lived in a bottle.
He lives everywhere, even in the barley bottle in which Gede's big village floats today, under a sky so grey that he also looks more like Detroit than Swahili Coast.
He heads under the improvised stage of the emporium's colonnade in front of the petrol station where the "Difu Simo Tour" stage has been set up, and produces a series of tics and grimaces that you expect sooner or later will result in an unconventional action, in a straitjacket madness.
Instead he suddenly calms down, has a cigarette lit and accepts Dr. Nancy Kiptemoi's invitation to talk.
No, in fact, she doesn't want to talk.
It's a minute.
He takes the microphone and starts rapping, spelling out the words with American inflection, repeating stanzas that are not his own but that fit him well and above all that he remembers by heart and melts in time.
He would like to talk to you about himself, but he doesn't know who he is anymore and doesn't remember.
He only remembers the words of that rap and how we say goodbye to each other since a few months ago.
The doctor starts talking again about bipolarism, "kifafa" (epilepsy) and other pathologies that certainly do not belong to the kingdom of Satan, but only to the infinite mental combinations of mankind and are worsened by abandonment and stigmatization.
The rain insists and makes the show of dances and songs very difficult to carry on: the reggae singer Dorothy Shukrani, stage name Doty Shooks, doesn't give a damn and under the water sings a song that invites parents to take their strange looking children to the hospital.
It costs nothing and no one will ever tell you that they are possessed by the devil.
Sheltered under the sheet metal canopies of the drinks stalls and a greengrocer's, Gede's young people move their feet soaked and muddy and smile.
I wonder if the message is coming to them. I wonder if they have assimilated Dr. Nancy's words.
Surely the old man asking for the microphone to warn them of the potential effect of too many joints by inviting them to drink palm wine "that never hurt anyone" made them laugh.
Tomorrow will be a sunny day in Gede and, as always, hundreds of thundering trucks, dozens of buzzing motorcycles and farting tuk-tuks will line the clay shore along the long asphalt stream. Perhaps there will also be someone who will say that the mentally disabled should not be kept in chains or malnourished like cursed creatures.
And that even around here, like in Detroit, genies often live in a bottle. 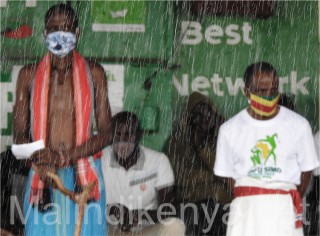 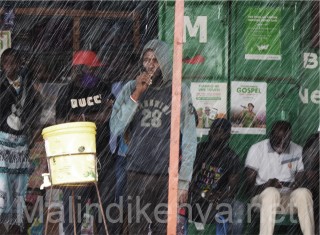 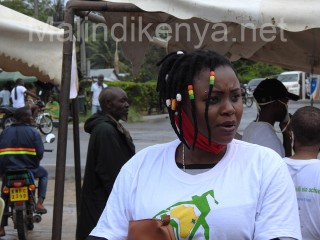 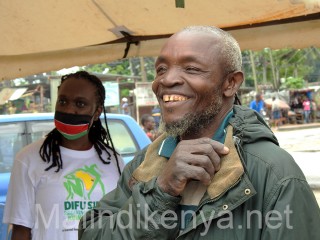 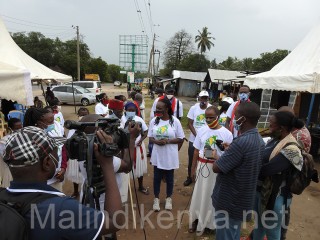 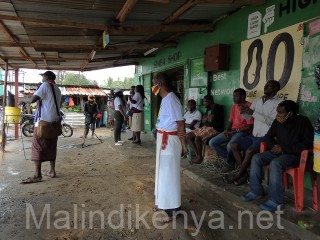 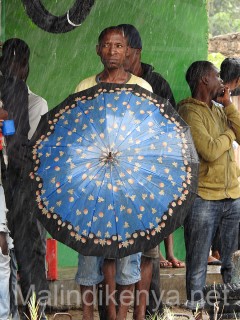 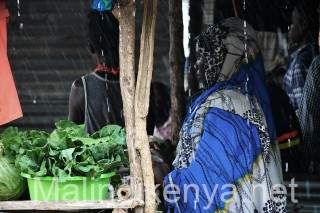 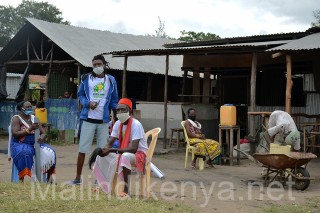 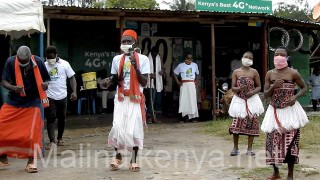 Doctors, pratictioners and artists to break barriers on mental illness 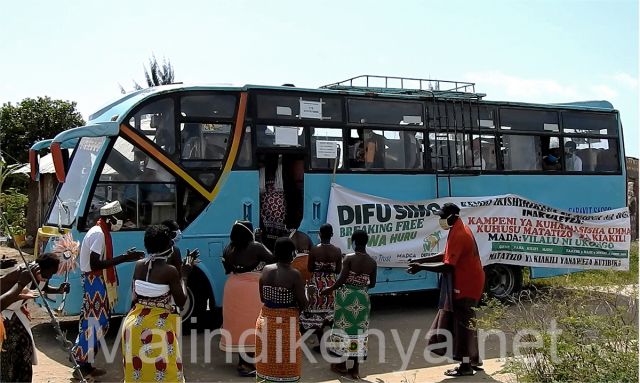 The "madmen" of Kenya, for a simple observer, are particularly intriguing creatures.
One...

In Matsangoni, for a long future without chains 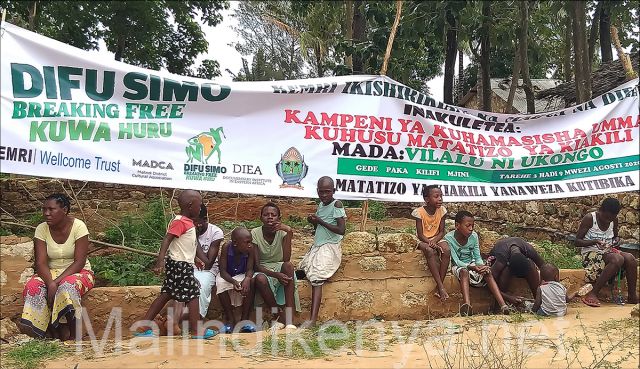 Man in chains, an italian documentary in Kenya

Malindi inland, a story about mental illness and traditions 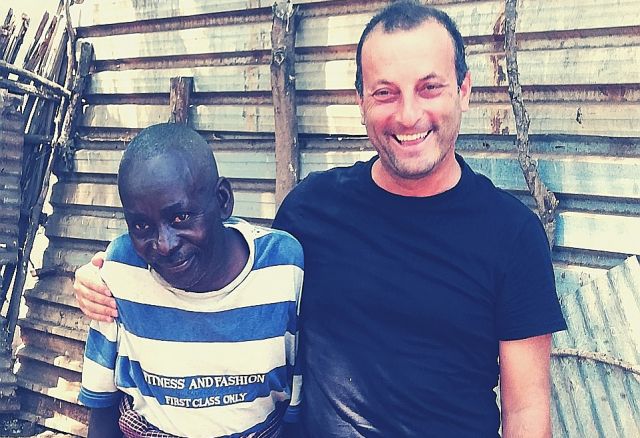 Even today the coast of Kenya, where civilization in many ways has descended like a cleaver on centuries-old... 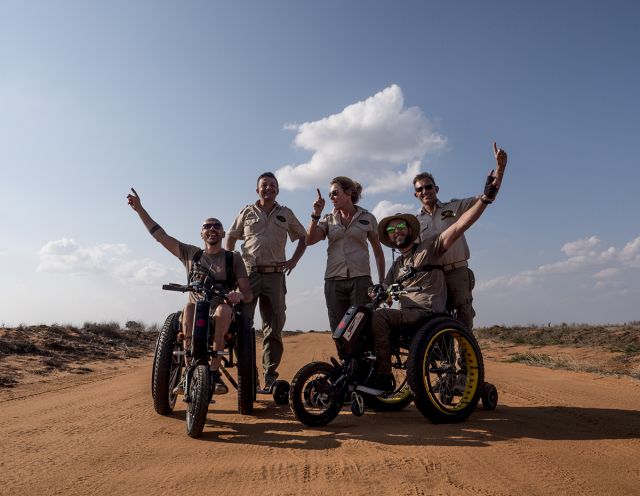 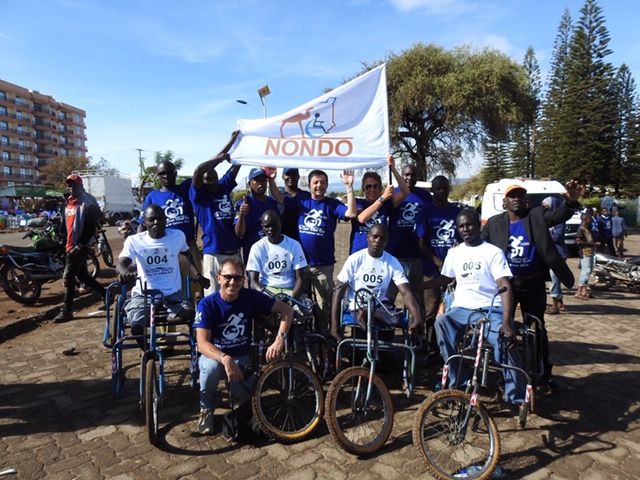 If there is one category of disabled people who are even more disadvantaged than being born in...

No traditional meetings because of pandemic restrictions 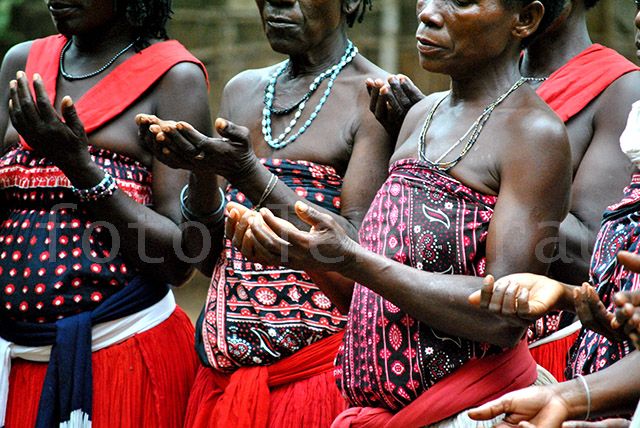 The Kenyan coast has a popular heroine and she is a very important figure in the country's history, because as... 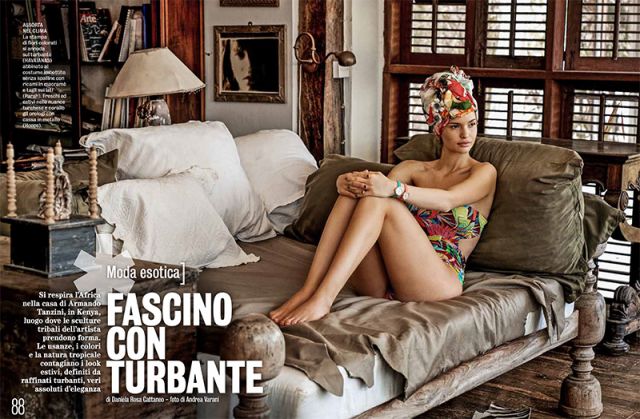 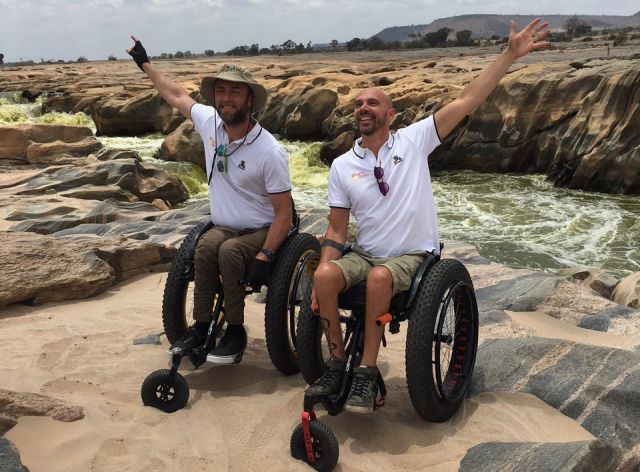 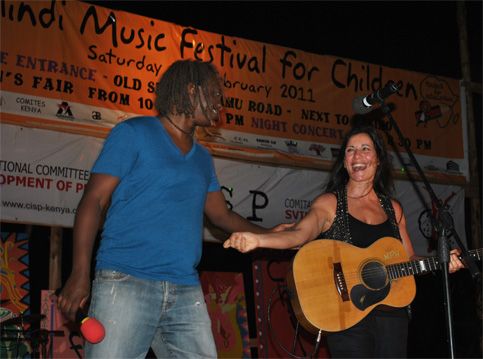 A wonderful celebration for Malindi and its people, thousands of people have busy Saturday night the former Sinbad space next to the Casino, but thousands were in the streets and in the open spaces adjacent and flowed throughout the day.
Musical... 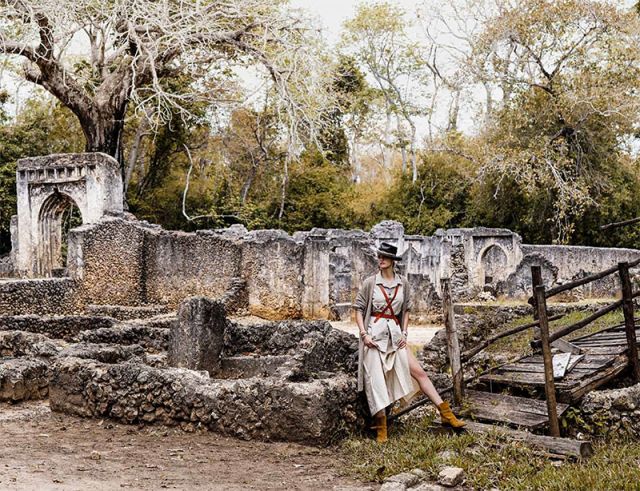 A day at the Tamu Restaurant in Watamu

Our report on the renovated seaside gem 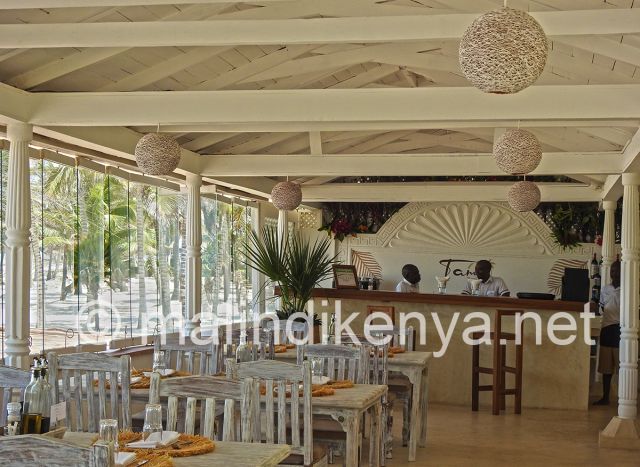 You can write about places where you have never been, and if you know how to do it well, a bit like...

In Tezo, with whole life in a bag 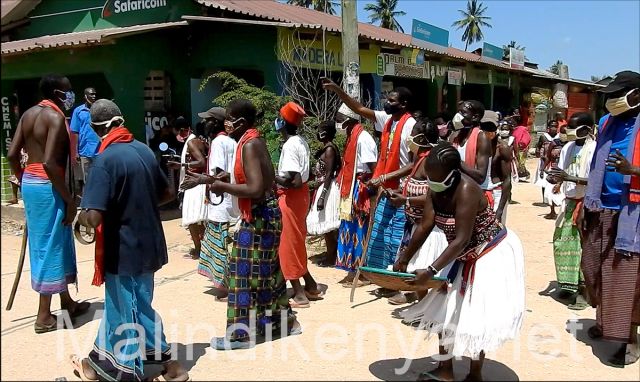 I remember the first time I set foot in Tezo.
The ... 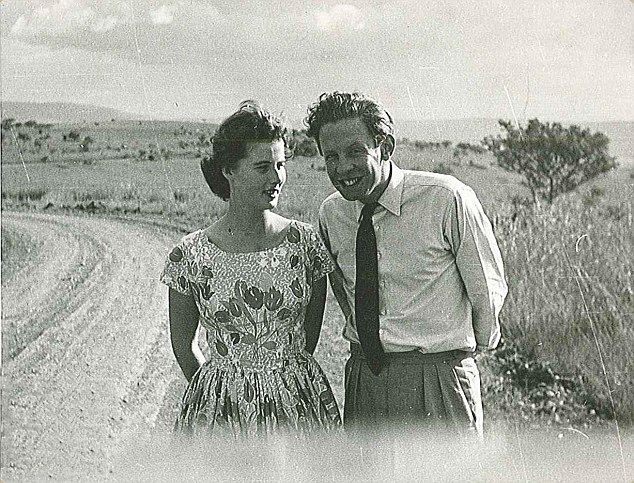 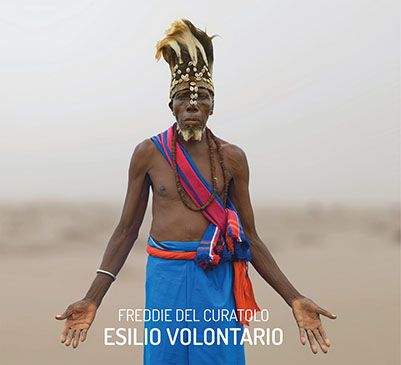 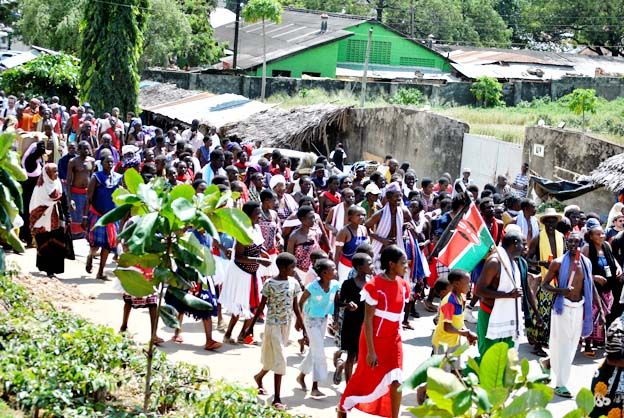