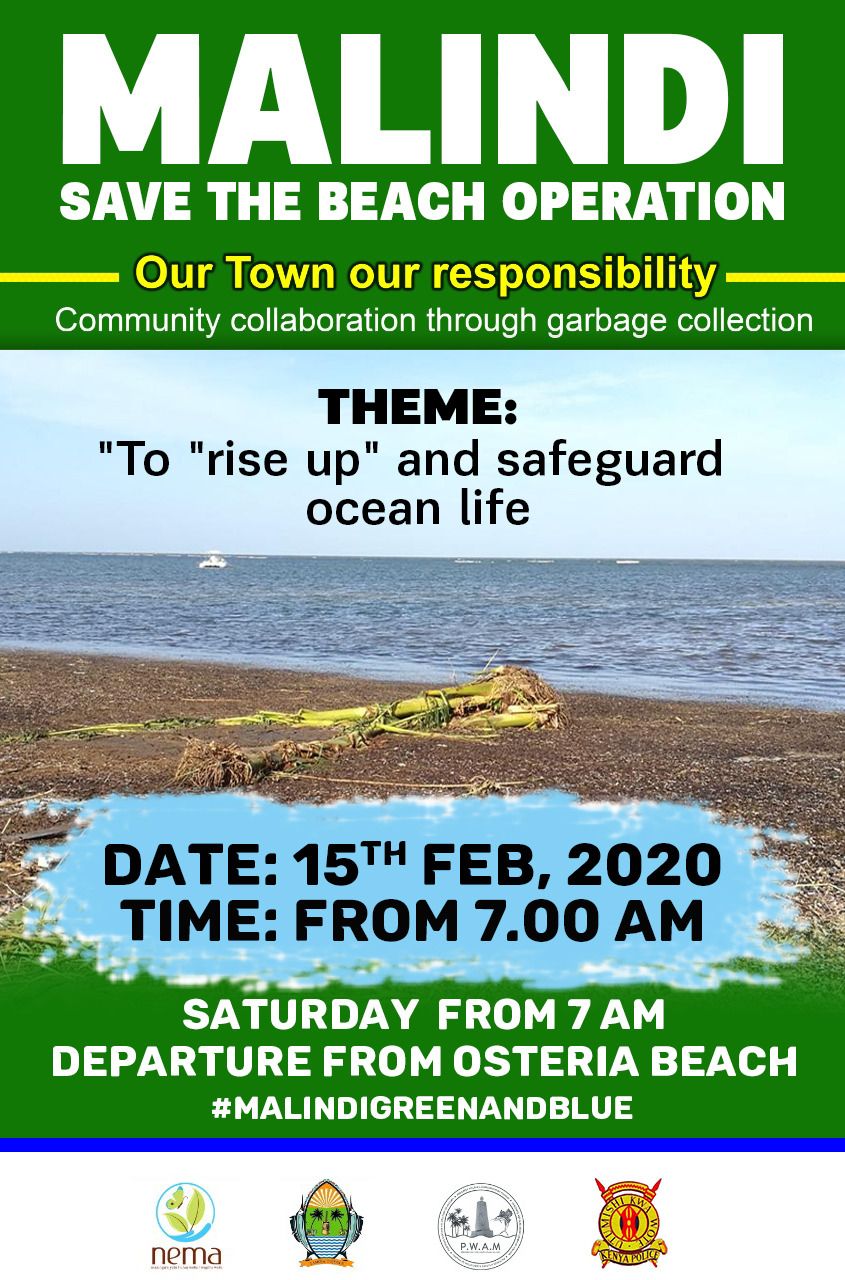 An extraordinary, emergency operation to protect Malindi beach, once again invaded by natural debris carried by the floods of the Sabaki River with the current. Before Christmas, the Malindi Green and Blue movement, with the logistical support of entrepreneurs who had set up bulldozers and tractors and the economic support of hoteliers, businesses and individuals had cleaned up the beach of Silversand in view of the high tourist season. Now, thanks to the bad weather in the north of the country, the problem of the impassable beach is back in the limelight. The emergency has therefore triggered and the citizens responsible directly by Sabina Vivaldi's organization have organized for Saturday, February 15 another day of intensive cleaning of the coast from the Marine Park to Coral Key. Starting at 7 a.m. in front of the Osteria Beach the volunteers, with the support of KWS, the environment department and other associations, will clean up the beach while the caterpillars provided by Mwembe Resort and Equistar will load the debris onto the trucks provided by the County. The solidarity race for the expenses of the operation has also begun, many operators in the Turkish sector have already joined but anyone can make a donation to Malindi Green and blue by sending an mpesa to 0727483855 or by contacting Sabina at 0726313101. Obviously anyone who cares about Malindi and its beach is called to participate in this day of unity and extraordinary cleanliness.